How It All Happened

Cristina and Rick Smith are a dynamic sister and brother duo that have played popular games and used their imaginations to invent new ones ever since they were kids growing up together in San Diego, CA. Their friendship and continued shared love of play was the at the heart of the birth of Yoga for the Brain. 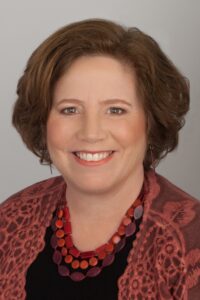 A few years ago, I was on an airplane to Colorado to visit my brother, Rick. I was all buckled into my seat at 30,000 feet when I realized that I was bored. In desperation, I considered the Sudokus in the magazine.  Looking at the squares, I had an almost visceral reaction: “Sudoku- yuck! I don’t do those.”

Then, I remembered I had recently read that puzzles help us stay sharp mentally as we age. So, I decided to get over myself and give it a try. I already knew I was going to be terrible at it. Even starting with the easiest one, my suspicion was correct: I was not good at it!

Rick picked me up at the Denver airport and on the drive to his house I asked him if Sudoku was easy for him. Of course it was. He printed out some easy puzzles for me to try while I was there. I didn’t do much better on the ground than I did in the air. After a good visit, he dropped me off at the airport to head back home.

While standing in the security line, I made a decision:  I was going to see if I could learn to master Sudoku and then find out if it really did help my brain function. I went straight to the airport bookstore and bought a book of 300 easy puzzles as my self-imposed challenge. I wanted to give myself plenty of room for the learning curve and flat out failure.

First Play, Then a Realization

As I delved into the puzzles, an amazing thing happened. Deeply spiritual quotes began to pop into my head and I wrote the sentences down next to the puzzles in the book. I was surprised to discover that this straightforward puzzle had a kind of magic. It became clear that doing sudoku, like anything in life, could be approached as a path to mindfulness to deepen spirituality and life purpose.

I realized that doing these puzzles was a kind of yoga for the brain. Just as we stretch our bodies in ways we are not used to and they become more flexible, puzzles do the same thing for our brains.

Fired up, I called Rick to share my excitement and discoveries. I really shocked him by asking if he would like to create puzzles for a sudoku book. He happily said “yes.” The rest is history.

We have gone on to create the Yoga for the Brain series of sudoku and word search puzzle books with secret messages and have had a lot of fun doing it.  At this point we have won numerous literary awards, amazing authors collaborating with us, and socially responsible businesses are requesting programs.

People tell me they sleep better at night after doing a puzzle before bedtime. They love catching a few refreshing minutes of mindfulness while waiting in the car or for an appointment. Many find that doing a puzzle helps take the edge off of their stressful day.

No matter how old you are the mind-body benefit works!

“Yoga for the Brain is inspirational, relevant and fun! They are well worth your time. I highly recommend them to everyone looking for something uniquely uplifting.”
Brenda Krueger Huffman, Publisher, Women’s Voices Magazine

Puzzle Books with a Heart