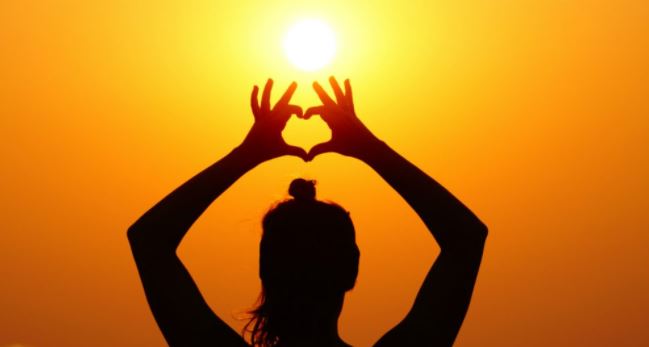 Let the Sun Shine on You!

People around the world have observed the coming of summer and the end to winter for thousands of years. In ancient days, the hardships felt during these seasonal changes still resonate with us today. Whether it is seeing the first crocus peep up through the snow or beginning to believe and experience the full flowering and fruiting of the garden, the return of the warmth is due cause for celebration.

Nearly every religion and spiritual tradition shows traces of the influence of nature and the heavens. The Old Testament and writings by Egyptian culture are full of astrological and astronomical allegories. Nearly all the Greek and Roman myths may be traced to star groups, and the stories that humans made up to explain what went on in the heavens. Ancient systems of measuring the year were based upon the equinoxes and solstices. Knowing the cycles of day and night were essential for survival and crucial for agricultural planning. The summer and winter solstices mark the longest day (Sunday June 20th this year) and night (around December 21st) of the year. The spring and fall equinoxes (around March 21st and September 21st) are the times when day and night are of equal length in the northern hemisphere.

We are at the time of the summer solstice in the northern hemisphere. On June 21st, from an astronomical point of view, our exposure to sunlight for a single day is at a zenith. In fact, at the North Pole the sun does not set on the solstice. Astrologically, it is the moment where the sun shifts from the sign of Gemini to the sign of Cancer.  The energy of nature is outward. It is solar and expressive, full of potent life force. We are outside more, enjoying all of the abundance our world has to offer. The days are long and the nights are at their warmest.

The Druids, the priestly/professional/diplomatic corps in Celtic countries, celebrated Alban Heruinst, the Light of the Shore. Modern Druids still gather at Stonehenge on Salisbury Plain in England to celebrate this time as the marriage between heaven and earth. As it comes up, the sun rises exactly over the Heel Stone, one of the stones that lie outside the main circle at Stonehenge.

The summer solstice has often been called Midsummer.  Shakespeare’s fantastic play A Midsummer Night’s Dream evokes the magical air about this cycle of the year. It is said that on Midsummer Night, elves, fairies and other nature beings are visible to human eyes.

The Christian version of this natural holiday is the Feast of St. John the Baptist, usually observed on June 24th. This observance is one of the oldest feasts introduced into both the Greek and Latin liturgies to honor a saint. His feast day is offset a few days after the summer solstice, just as Christmas is fixed a few days after the winter solstice. Symbolically, just as John was the forerunner to Jesus, midsummer forecasts the eventual arrival of the winter solstice.

The first (or only) full moon in June is called the Honey Moon. It was considered the best time to harvest honey from the hives. Between the planting and harvesting of the crops, June was the traditional month for weddings. In some traditions, newlywed couples were fed dishes and beverages that featured honey for the first month of their married life to encourage love and fertility. This custom lives on in the name given to the celebratory retreat from the day-to-day world a couple takes immediately after the wedding ceremony, the honeymoon.

Tis the season to take advantage of the peak of the power of the sun. Bring your magical side to the light and reveal your true nature. Blossom in the fullness of Mother Earth, express yourself creatively and dare to boldly manifest your visions.

Who knows? Maybe you’ll even encounter an elf or fairy or some other magical or whimsical creature. What about the magic from within? What rises up in your playful or creative self that wants expression at this wonderful time of year? How will you utilize the vibrant natural energy of the solstice?

Let your individual magic from within be your guide. Dance at the beach, howl at the moon, or calmly contemplate how your garden grows. The summer solstice is the beginning of fruition, when the seeds we gently planted in spring begin to flower and blossom. What’s blossoming in your life right now, and in your soul? Time to celebrate! Let the revels begin!